1Demand is a simple way to remove or at least drastically reduce the influence of Big Money in our political process. It requires little more time and effort than posting a picture of your smiley face pancake breakfast. You can even participate for free.All you have to do is take a few minutes to register on the website, vote, tell your friends about it and ask them to register on the website and vote. No rallies, no protests and no volunteering is required.

The fundraising for 2016 has already begun. If we start One Demand NOW it can be more effective in 2016 because we will be able to take on the Big Money candidates of both current major parties in the primaries in much the same way that the Tea Party influenced the Republican Party in recent elections. So please take a few minutes TODAY to get a basic idea of how it works. 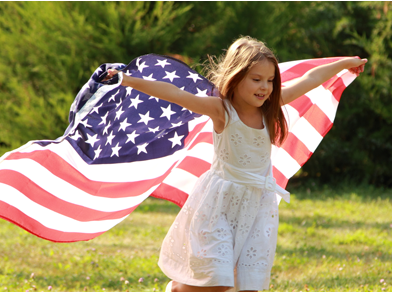 Most campaign finance reform focuses on legislation limiting contributions or providing government subsidies. This approach will not work for two reasons. It requires those that are benefiting from the current system to to eliminate the benefits they currently exploit and it treats the symptom rather than the cause. One Demand can be implemented under current election law so there is no need to wait for legislation or a constitutional amendment to overturn Citizen’s United and One Demand treats the cause of the large contributions by taking away what the large contributions buy- your votes.

By registering as a participant in One Demand citizens will declare that in the 2016 elections they will only vote for candidates that finance their campaigns only with contributions from individuals in the aggregate amount of 200 dollars or less. When enough citizens are registered it won’t matter how much money the large contributors contribute because that money will no longer be able to buy enough votes to win an election.

In fact because One Demand is a conservative free-market based approach to campaign financing, even many Tea Party members will participate in One Demand because those Tea Party members dislike and distrust corporations as much as they distrust and dislike government.With 20% national participation there will be some states below and some states above the 20% national average. If a state like New Jersey where I live were above the national average at 25 or 30% there would be some of our 12 congressional districts below our state average and some districts above the state average at 30, 35 or even near 40% of voters in that district committed to voting for “Hundred Dollar” candidates.

But you have to decide if you want it to work. If you do, then you need to register TODAY. Don’t wait for other people to get it started. We need to reach 20% national participation by January 2016 to be fully effective in the primaries so we have to start NOW. You may have noticed that the basic plan does not mention you contributing money other than stating that you can participate for free. This is because with One Demand your vote is more important than your money. But even if you don’t want to or can’t afford to contribute to hundred dollar candidates you should read this next part because there is an important distinction between One Demand and other groups that seem to have the same goal.

20% of the approximately 130 million national voters investing 100 dollars in political contributions would total over 2.5 billion dollars. But this money will not be sent to One Demand. It will be sent directly from the participants to the candidates so that the participants control where and how their money is used. Most other groups want you to send them money and have them spend it for you.

And because with 20% national participation in 2016 there will probably be only about 20 to 50 congressional and/or senate hundred dollar candidates running in the general election, the 2.5 billion in 100 dollar contributions will average at least 50 million dollars per candidate. That’s more than enough to run a congressional campaign and even a respectable amount of money to run a senate campaign. One Demand will not be accepting contributions to fund One Demand until we get 1000 citizens registered as participants. We will not (as long as I am in control of One Demand) constantly send you requests for money. So if you sign up for One Demand and get your friends to sign up you and they will not immediately get a request for money as happens when you sign a petition on one of the petition sites. When we do start accepting contributions you will be notified ONCE as I am hoping that enough participants will want to contribute so we won’t have to constantly ask you for money. If it does become necessary to ask again we will try to limit these requests to one per month at the most.

Where We Are. Where We Will Be.

In order to get started registering participants the website is currently keeping and displaying only the total number of participants on a national level, a national total of money pledged to be contributed to hundred dollar candidates in 2016 and the total amount pledged to fund One Demand. Soon the website will keep and display a national total, state total and a total for each congressional district. The website will also display these totals as a percentage of total registered voters, a percentage of vote totals from 2012 and estimated voters for 2016. This will allow hundred dollar candidates to target congressional districts and states for senate contests where a competitive percentage of citizens are registered as participants.

By registering as a participant in One Demand citizens will declare that in the 2016 elections they will only vote for candidates that finance their campaigns only with contributions from individuals in the aggregate amount of 200 dollars or less. When enough citizens are registered it won’t matter how much money the large contributors contribute because that money will no longer be able to buy enough votes to win an election.

Participants will also be able to register their intention to vote for and/or contribute to a hundred dollar candidate in their state for senate contests, congressional district or for president. This will help provide proof if the media tries to ignore hundred dollar candidates or downplay participation in One Demand by manipulating polls.

We are sorry but you will not be able to vote in 2016 so you cannot complete registration for Voucher Vendetta at this time. Please check back soon as we will be starting a Young Vendetters Club so that you can register your intention to participate in Voucher Vendetta in 2018 or 2020 when you will be eligible to vote.